This Is What It's About

When I first started blogging, I had no idea what I was doing.

And that is a fact. I had no agenda, no plan, no goal, no intended audience, and honestly no good reason to be doing it. Posts were a haphazard mess of whatever I happened to be thinking about at the time and the blog layout competed with the the world's worst website ever for poor design. Looking back, my fourteen-year-old logic seemed to be that I would just throw myself out there, hit the big, red button and see what happened.

You can image, then, how pleasantly surprised I was to discover a community of writers that was also out here, braving the internet with their thoughts and feelings and words. These were people like me: people who did what I did and loved what I loved. These were people that made writing social. These were people who were willing to engage in conversation about the craft and make like-minded friends and encourage each other to push on, keep going, keep writing.

If you are reading this, chances are, you're one of those people.

So I worked on my blog. I looked at what everyone else was doing, and I worked to make my online persona as quirky and fun and interesting and personable as was convention. I started commenting on content that I liked. I started following writers whose thoughts I enjoyed. And, very quickly, I made friends.

Over the last two years, during which I've been absent from this blog, I've had a lot of life-changing experiences - as maybe you'd expect. At one end of the spectrum, I've experienced circumstances that were downright awful, circumstances that it took all my strength to pull through; on the other end, I've had an absolute blast learning new things and meeting new people and spending three months in the US over the recent summer and more.

But through all of that - and I can say this honestly - I missed blogging. I didn't miss writing posts or changing layouts or watching my number of followers tick up. I missed something more important than those things: the community. You.

And this is what it's about. Community. It's why we blog.

It's such an awesome and encouraging thing to be a part of here in our corner of the internet. Besides the advice and the rambles and the connections and the blogfests, it's encouraging be a small part of other writers' lives, to watch others accomplish their goals - whether it be crossing the thresh-hold from unpublished to published, or simply from not writing to writing a hundred words a day. That's exciting to watch, it's encouraging to watch, and it's something that I've missed about blogging. 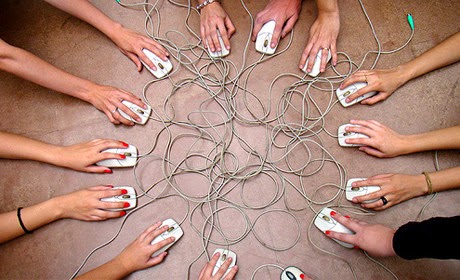 The long and short of this post is that I've missed the community, and all the things that come with that. So, I'm back. Not, perhaps, in the way or the format that you'd expect, but we'll get to that. I have a ton of news to share, and we have a lot to catch up on.

But let's start with you. If there is anyone actually reading this, how are you? How's your day going? And tell me about your last two years!
Posted by Nick at 5:38 PM 11 comments:

I guess it's that time again. Everyone's starting to reflect on the past year and look to the coming one.

It's hard for me to accurately say what 2012 was like. It contained some of the best experiences of my life: I spoke in front of 700 people, and I even made them laugh; I performed in a theatresports competition; and I made an entire short film with some mates in 48 hours. I also did many other things, which I loved: I began to create respectable videos; I took ice-skating lessons; I came further with my writing; I ate Thai food three days in a row with my youth leader and life mentor while we were away for a conference.

But, as whole, it seemed like a year in which my goal was simply to survive. Looking back at 2012 is like looking back at a photograph with low contrast and low saturation. There are some bright, vivid parts, but I only see those when I look at them closely.

Over the last week or so, I've been putting together this video of what my life will be like in 2013. And it really makes me believe that 2013 is going to be a high-saturation year.

What Actually Happens When I Write


The other night, I was supposed to be writing. This video happened instead.

My First Ever Interview!